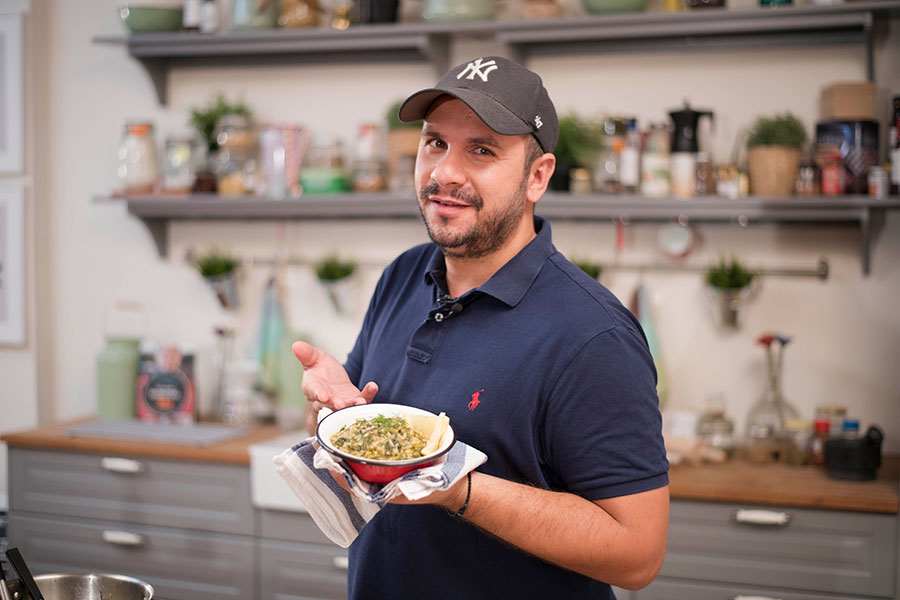 Tassos Antoniou is a critically-acclaimed cookbook author, self-taught cook and social media sensation living between Athens and London, with a passion for food that feeds both soul and appetite. He founded MamaPeinao.com (meaning Mum I’m hungry in Greek) in 2009 as a food culture website, now one of the most influential digital platforms dedicated to food in Greece.

Some years later he was offered a book deal by Patakis Publishers, one of the most prominent publications in Greece. His cookbook received the «Best Easy Recipes Cookbook» award at Gourmand World Cookbook Awards. It is also available at Foyle’s in Soho and other locations in central London.

His television career has seen him presenting delicious recipes for his “Breakfast” column which is a part of the pioneering lifestyle show JOY (Mega TV). During this exciting journey, Tassos has met and cooked with important personalities and chefs, such as Jamie Oliver.

People love the way Tassos uses simple ingredients and turns them into delicious recipes, proving that everyone can cook lovely and wholesome food at home.

Join my mailing list to be the first to get exclusive new recipes, kitchen tips & tricks and cooking classes!
[mc4wp_form id="305"]
We use cookies to enhance your experience, for analytics and to show you ads tailored to your interests on our site and third-party sites. By clicking "I accept" and using our site, you agree that we and our third-party advertisers can transfer your data within the EEA and other countries; and process and share your data so that we and third-parties may serve you with personalised ads.I accept