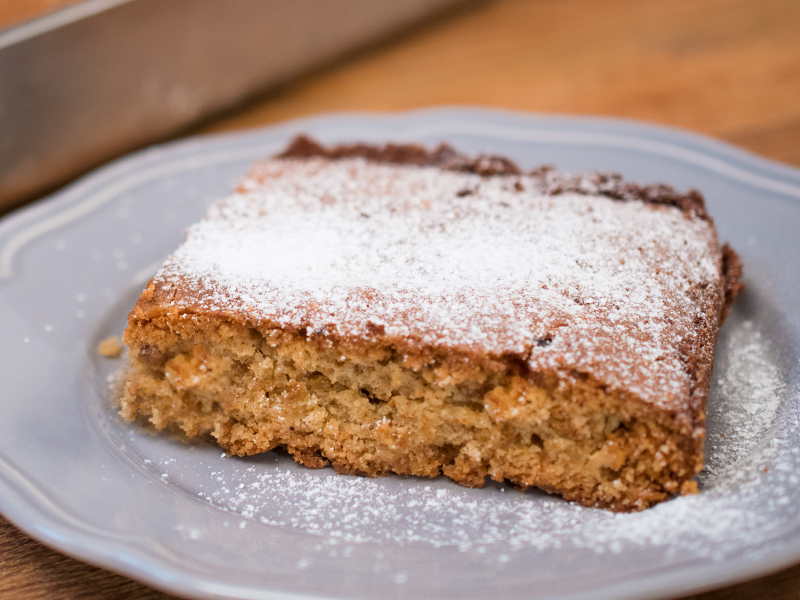 Saint Fanourios is celebrated every year on August 27th and the tradition requires a fanouropita. As the patron saint of lost things, it’s been a longtime traditional for Greeks to make this special cake dedicated to Saint Fanourios. The saint’s name derives from the Greek word “Fanerono” which means to reveal), and according to the tradition, the cook makes this cake with a silent prayer to find lost things. However, “lost things” is a very loose interpretation of finding whatever one does not have: jewels, money, even a husband or wife.

The fanouropita is a lenten cake, made with seven or nine ingredients. Personally, I love lenten cakes, as they tend to have a lighter taste and moist texture. In this particular fanouropita recipe, I used carbonated orange juice (like Fanta) instead of fresh orange juice, allowing the fanouropita to rise better and has a perfectly crisp and sweet taste.

Make this fanouropita recipe at home, and serve it along with coffee, tea or milk. Liked this fanouropita? You will love this recipe for portokalopita!

Ergon London serves honest, authentic Greek food – and great freddo espresso!
We use cookies to enhance your experience, for analytics and to show you ads tailored to your interests on our site and third-party sites. By clicking "I Accept" and using our site, you agree that we and our third-party advertisers can transfer your data to the United States or other countries; and process and share your data so that we and third parties may serve you with personalized ads.I Accept